Stories about Sabayon, roosters, hens and chickens, on Linux
https://forum.sabayon.org/

I'm currently trying a fresh installation of Sabayon. I prepared an USB-Stick using unetbootin and installed the recommended stable release of Sabayon 19.03 AMD64 KDE onto it. However while booting, the system gets stuck at "Reached networking target". After an endless waiting period I get an emergency shell of dracut. The hardware is an Asus Laptop but on my Lenovo T440p I have the exact same behaviour. Any ideas?

by Freier Radikaler
Real screenshots aren't possible at this stage in the booting process. So I made some fotos 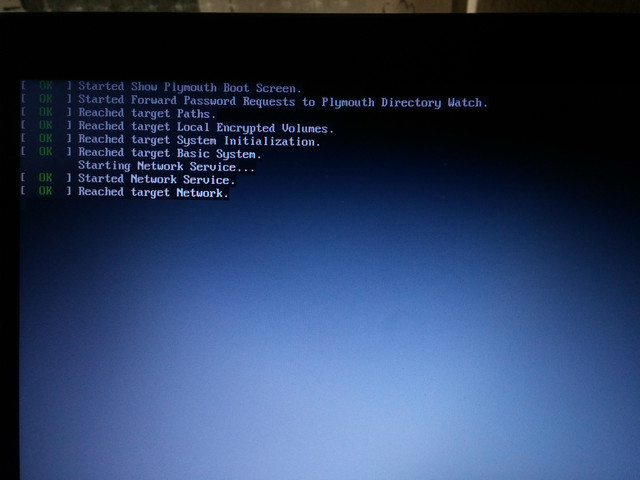 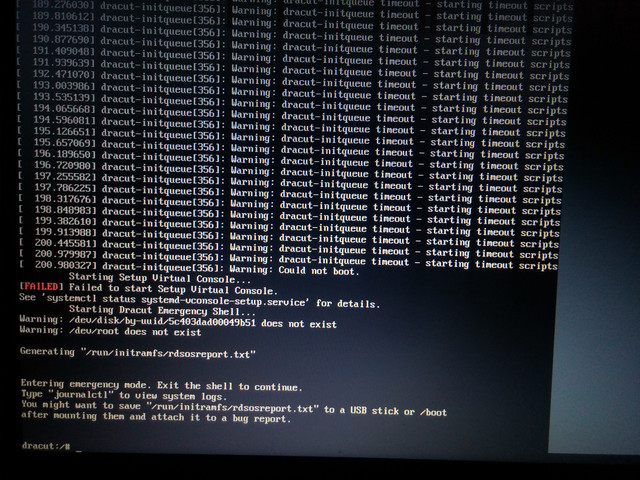 If I enter the shown "systemctl"-command it complains about exit status 1 for /usr/bin/loadkeys. (I already tried different keyboard layouts. Even with the default us_US it shows this error.)

Could it be that due to the installation by unetbootin of the DVD iso on an USB-stick that the UUID of the media changed and the root partition can't be found by dracut because of this?

by joost
Try to create the USB with dd or use https://www.balena.io/etcher/

Pretty sure that solves your problem.

by Freier Radikaler
Usually dd doesn't work for normal isos. There has to be a special preparation to work this way. Is this the case for Sabayon isos already? I know that this will work for debian...

Edit: I tested the dd method. It doesn't work: The stick isn't recognized by the BIOS to be bootable...

The etcher doesn't work properly. I can execute it and the window opens. But I can't click on anything.

Edit2: I burned it to DVD now. This one boots fine even though Calamares segfaults right away in the installation step

. Why can't Sabayon support dd for it's ISOs. Debian does this since ages...

by joost
I'm a bit surprised by this. Anaconda segfaults? We use Calamares, Anaconda is gone. I guess you meant Calamares. And no calamares does not segfault. It has been well tested. Maybe you have some hardware issue then? Obviously dd is supported.

by Freier Radikaler
Oh yeah right the new one was called Calamares. Anyhow. It just crashed. I was forced to install sabayon without encryption for now. I wouldn't say that my hardware is that special. It's a normal 500GB SSD by Intenso...

Yes dd is supported in regards to be able to boot. But it just gets stuck as I described. Did you test this on you box?

by Fitzcarraldo
I have not used UNetbootin for a few years now, since I found it did not install Ubuntu 14.04 server properly. I use dd or one of the other Linux tools for creating Live pendrives/DVDs.

Regarding installing Sabayon Linux 19.03 KDE spin on an encrypted drive, I don't have a spare machine to try it, but have installed SL 19.03 KDE successfully on the encrypted drive (AES-XTS256-PLAIN64 encryption cipher) of a virtual machine (VirtualBox).

I've only ever used DD with sabayon isos.

by shanks3042
Is there a possible solution to this problem because I really would like to install sabayon on my laptop but I'm having the same problem. I also tried a different USB-stick and to write the image with rufus in dd mode to the usb, but with dd mode it didn't even boot from the usb.
I tried it with the 19.03 ISO and with the daily build iso.

I always get this screen. 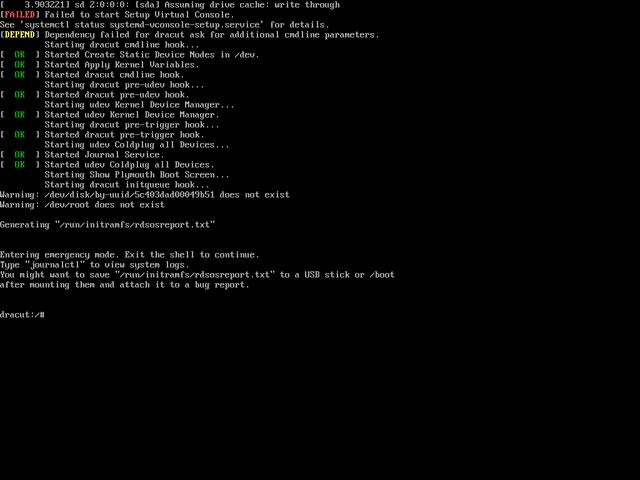